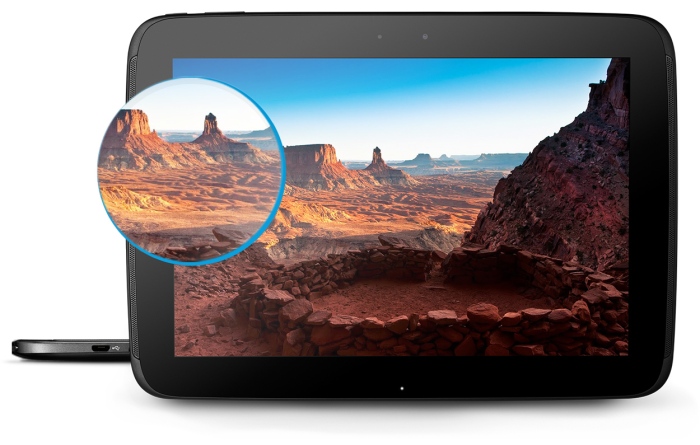 Following the success of the very Cheap but powerful Nexus 7, Google released the successor of its legendary device. It was released fairly mid-way in November, 2012. The device is the successor to the commercially successful nexus 7. There was a change in developer/manufacturer partnership as the Nexus 10 was developed by Google and Samsung, you can’t help but wonder why Asus did not reprise their role as manufacturer even with the archived commercial success.
Will Nexus 10 be commercially successful in Nigeria?

Featuring <Must be linked to wiki< Samsung Exynos 5250 system on chip>> a dual-core ARM Cortex-A15 processor clocked at 1.7 GHz, means the NEXUS clearly leaves up to its expectations in processing power.

The Nexus 10 has a 16G and 32G internal storage capacity, no sd card slot for extending memory. It also comes equipped with 2G RAM, although it is unlikely you’ll run a single app that’ll consume 60% of the RAM in an instance, you will definitely notice the amount of apps that are kept alive even after focus is lost for a long time. Nexus 10 is FAST!

Features a crisp 10.1-inch LCD with capacitive multi-touch touchscreen, with 2560×1600 display resolution, highest by any tablet in 2012>>(linked to WIKI) and as expected of every Samsung manufactured device, it features a scratch resistant Gorilla Glass 2<<Read about Gorrilla Glass 3 here>>  (Nexus 7 corning fit, 10 corning Gorilla) 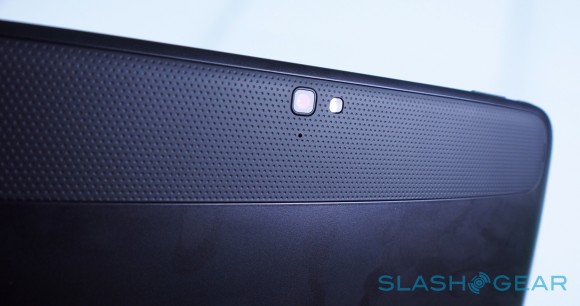 Features two cameras, A sharp 5MP rear camera, for those people who don’t feel shy to cover events with a tablet (I for one, I’m not a fan of that, recording with a tab looks very awkward in every perspective K). The rear camera is capable of recording full 1080P videos at 30FPS. The inbuilt camera app also supports the usual features such as autofocus, face detection and geotagging etc and a ~2MP front facing camera, for video caling and skype.

Features a Bluetooth 4.0 and WIFI for data exchange and internet connectivity, It also features a dual side NFC for use in Android beam. Like the initial models of its predecessor, it also lacks cellular connectivityL.

The Nexus 10 is 8.9 mm in girth, 263.9 mm long, 177.6 mm wide, it weighs 603 g. The rear of the device comprises a smooth, plastic surface a very conspicuous “nexus” tag, and a less conspicuous “Samsung” tag. The volume control buttons and the power button are at the top of the device and a 3.5mm headphone jack, microUSB port on the devices left hand side. On the right lies the microHDMI port while the magnetic pogo pin used for docking and charging are at the bottom of the device.

Nexus 10 comes equipped with the usual gravitation, motion and orientation sensing devices; an accelerometer, gyroscope; barometer, magnetometer and a digital compass; a proximity sensor and an ambient light sensor are also present. Like its predecessor, it also features an in built microphone. It’s equipped with a GPS and GLONASS, yeah, it has supports both so you can never get lost since both already cover the globe; you are doubly insuredJ. 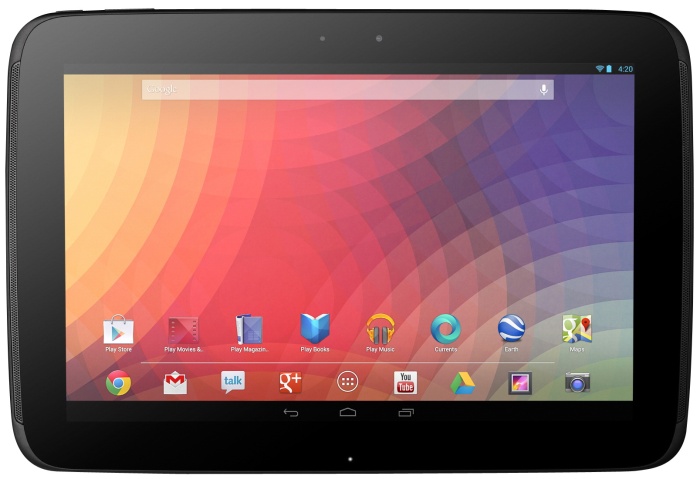 The device comes equipped with stock Android 4.2 JellyBean. Like the Nexus line, its boot loader is unlocked by defaultJ. It also comes with preinstalled with all Google apps.

As expected of every successor, the Nexus 10 is more powerful than its predecessor, but the nexus devices have clearly been out sold by galaxy line of Android devices in Nigeria, even with their cheaper price.

Overall the Nexus 10 is a very good device and follows well in the tradition of its predecessor, providing easy OS customization at cheaper than believable price.

Why this Device Can Be Successful in Nigeria

Why this device can’t be successful in Nigeria

With the release of Nokia Asha 311, Nokia hopes to stay afloat in the market. Asha 311 has a 3-inch low-res capacitive display and a 1GHz processor, both working together to bring the best out of the patched up interface of the series 40. Still as affordable as this phone is, competing with low end Android phones seems a tall task. Anyways, lets see how this phone performs before i make any conclusion. 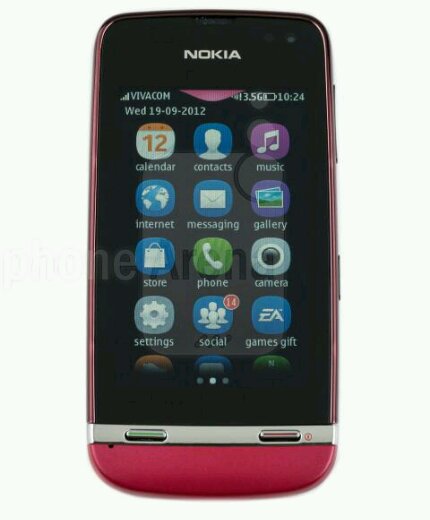 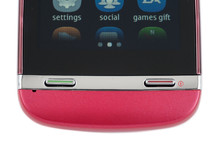 The side keys are nothing like the front buttons. They are too ridig, too nard to press making it uncomfortable. Nokia still featured the traditional pinhole charging port which is located on the top of the phone. There’s also a microUSB port and a 3.5mm headphone jack just beside the pinhole charging port. 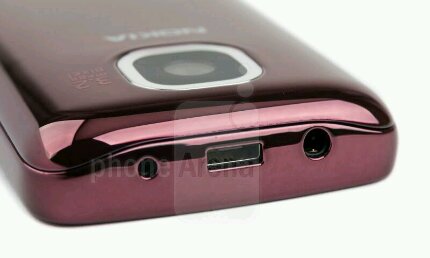 Finally, the phone feature an ambient light and proximity sensor which becomes active during calls to dim the screen.

The Asha 311 is one of the best in its family. It has a capacitive 3-inch LCD display screen with a resolution of 240 x 400 pixels. The good news here is that the Asha 311 comes with a Corning Gorilla Glass which protects it from scratches or scrapes. It also support multitouch. Nokia added a polarizing filter for betteer outdoor visibility (outdoor visibility performance is average). 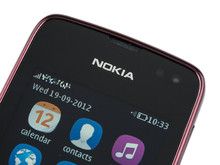 The Nokia Asha 311 comes with the Series 40 interface. There is an imitation of the Android OS dropdown menu, three swipeable home screens and an imitation of the IOS notification icon. Nokia made a little improvement on the user interface by adding a bouncy effect for icons whenever you scroll to the top of a list. 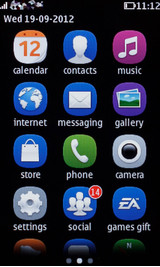 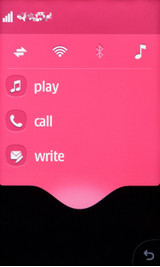 I would say Nokia made an effort moving a step forward with the Asha 311. Compared to the other Asha series, the Nokia Asha 311 is fast. All thanks to the more responsive capacitive touchscreen, but also to the RAM memory (128MB) and a 1GHz processor. The phone comes with a 2GB microSD card, internal storage of 140MB and can take up to 32GB microSD card.

The Asha 311 has a 3.2 megapixel camera with no flash. It a fixed-focus camera with very low quality shots. The good thing is that the camera is very easy to operate. It also captures video in 480p recorded in .3gp format. The frame rate is 25Fps and it’s not that good for recording fast-moving objects (Great…how on earth can i record Usain Bolt’s race!).

The Nokia Asha 311 has a very well equiped media play with tons of codec support and a clear loudspeaker. Nokia is giving away 60 java games from EA for free as a gift for Asha buyers (don’t you expect high-end games since all you get are the basic games. After all, it’s running on a Series 40 platform). The Good news it that Angry Birds comes pre-installed (hurray!)

Finally, the Asha 311 can also boast of something; longer battery life. It’s packed with a 1100mAh Li-ion battery that yield 6hours of 3G talk time, 14hours of 2G talk time and up to 40hours on music play time.

I’ve had a look at the Asha 311 from all angles but I’ve been kinda silent on the most important part which is the price. In Nigeria, the device costs between ₦18,840 to ₦23,550 ($120 to $140) depending on the market. This pits it in the same category as low-end Android smartphones like the Galaxy Y, Galaxy Pocket and LG Optimus L3 (cost either the same or lower than the Asha 311, but bring you into the smartphone land with lots and lots of useful apps unlike the java apps you get on the Asha 311).If you are a Game freak, you have to consider the options but the Nokia Asha 311 is a very good phone (for my mum, dad and little bro since they’re not that borthered about classy apps or games). On its own the Asha 311 stands proud.